U.S and EU impose co-ordinated sanctions on Russia over Navalny’s poisoning and arrest

The US government on Tuesday imposed sanctions on Russian individuals and entities over the poisoning of prominent opposition figure Alexei Navalny with a banned chemical substance.

The sanctions target seven senior Russian officials, including Alexander Bortnikov, the head of the country’s main intelligence agency, the FSB. Other officials include Andrei Yarin, chief of the Kremlin‘s domestic policy directorate, and deputy ministers of defense Alexei Krivoruchko and Pavel Popov.

The US also reprimanded 14 businesses – nine commercial entities in Russia, three in Germany, one in Switzerland, and a government research institute. The businesses were sanctioned for being involved in the production of biological and chemical agents.

“Today, the U.S. imposed sanctions on Russia for attempting to assassinate Alexei Navalny with a novichok nerve agent. Any use of chemical weapons is unacceptable,” the Secretary of State Antony Blinken said in a tweet.

Navalny was poisoned with a nerve agent on August 20th and was flown to Germany for treatment while still in a coma. When he returned to Russia on January 17th, he was detained and sentenced to prison on money laundering and parole violation charges. The poisoning and sentencing have resulted in a continuation of Pro-Navalny mass protests throughout Russia.

The United States has called the actions against Navalny to be politically motivated.

“The United States has consistently characterized the legal offensive against Mr. Navalny as politically motivated, an assessment shared by our G7 partners and the European Court of Human Rights. We reiterate our call for the Russian government to immediately and unconditionally release Mr. Navalny,” Antony Blinken said in a statement released later on Tuesday.

The sanctions for Navalny’s poisoning are the first of several actions that the Biden administration is considering. Officials are also debating how to respond to SolarWind’s cyberattacks, election interference, and Russian bounties for the death of American soldiers in Afghanistan.

The US sanctions were announced in coordination with the European Union. The 27-nation bloc imposed travel bans and froze assets of Alexander Bastrykin, head of the Investigative Committee of the Russian Federation; Igor Krasnov, the prosecutor-general; Viktor Zolotov, head of the National Guard; and Alexander Kalashnikov, head of the Federal Prison Service.

The senior officials were banned for “their roles in the arbitrary arrest, prosecution, and sentencing of Navalny, as well as the repression of peaceful protests in connection with his unlawful treatment.”

The E.U. also took action against Russia for poisoning Navalny last October, restricting travel and freezing the assets of six Russians, and designating one entity.

According to E.U. Foreign Minister Josep Borrell, the sanctions were coordinated with the U.S at the request of Antony Blinken.

The coordinated sanctions come a day after the United Nations released a report that found Russia responsible for the poisoning of Alexei Navalny.

The report found that the attack against Mr. Navalny falls within a wider trend of arbitrary killings and attempted killings of Russian citizens and critics, both within Russia and abroad.

“This pattern requires an emphatic and persistent response by the international community to protect the fundamental rights to life and freedom of expression at the foundation of international human rights,” the experts said. 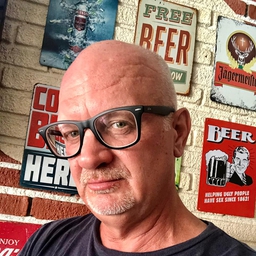