The Chinese authorities have turned down requests to provide World Health Organization investigators with raw, personalized data of early Covid-19 cases, the Wall Street Journal reported on Friday, citing the WHO officials.

The data on 174 early cases in the city of Wuhan could have helped WHO investigators determine the origins of coronavirus spread in China.

The investigators were a part of the WHO team that recently concluded its visit to China and said that it was “extremely unlikely” that the virus leaked from a lab in Wuhan. 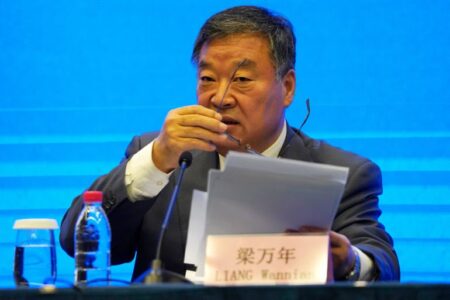 Chinese officials and the scientists that were part of the WHO team presented their own summaries and analysis on the overall data of the cases. They also analyzed the retrospective searches through medical records in the months leading up to the Wuhan outbreak.

However, the WHO team wasn’t allowed to view the raw underlying data on those retrospective studies.

“They showed us a couple of examples, but that’s not the same as doing all of them, which is standard epidemiological investigation,” said Dominic Dwyer, a microbiologist and a member of the WHO team.

The raw data, known as “line listings,” includes questions asked of the patients, their responses, and the analysis of the responses.

Dwyer further added that gaining access to the raw data was especially important since only half of the 174 cases had exposure to the Huanan market, the now-shuttered wholesale seafood centre in Wuhan where the virus was initially detected.

Despite the Chinese authorities refusing to provide the raw data, Dwyers still termed the visit as a positive.

“The WHO people certainly felt that they had received much much more data than they had ever received in the previous year. So that in itself is an advance.”

He said the issue of access to the raw patient data would be mentioned in the team’s final report.

The latest controversy is set to raise further questions regarding China’s ‘reluctance’ to allow a free and fair investigation of the pandemic’s origins. Beijing has been accused of impeding the WHO inquiry from the very beginning when the country denied entry to the team tasked with the investigation. The investigators were finally allowed into the country after a week’s delay and even then two of the scientists of WHO delegations were held back over Covid-19 concerns.

A summary of the team’s findings could be released as early as next week, the WHO said on Friday.

Jeymar Layogan
Jeymar E. Layogan was born in Nueva Vizcaya, a hidden gem province of Region II in the beautiful country of the Philippines. Jeymar always loved hearing other people's stories and viewing the world through other's interpretations. This love for people led Jeymar to study Health Sciences and receive his license as a Radiologic Technologist. Through this professional, Jeymar was able to connect to others. But, he felt a calling for something more. Something or someplace where he could dive into the stories of others and find a way to share the truth he uncovered. Jeymar says that it's as if journalism found him and not the other way around. Jeymar is now a full-time Journalist at Peres Daily News, Israel Now, and Breaking 9 to 5. Jeymar is especially passionate about sifting facts from fiction through countless hours of research and keeping up with Western politics.
February 14, 2021