Trump Will Win Re-Election If He Goes To Court, Says Lawyer...

China has surpassed the U.S. as the European Union’s largest trading partner according to 2020 figures released by Eurostat –  EU’s leading statistical agency. The change occurred after the COVID-19 pandemic and Brexit caused trade with the bloc’s other main partners to decrease.

Over the past year, EU exports to China increased by 2.2 percent, while imports rose by 5.6 percent. Eurostat also revealed that the value of trade between the EU and China reached $711 billion in 2020, while trade with the U.S. approached $673 billion. 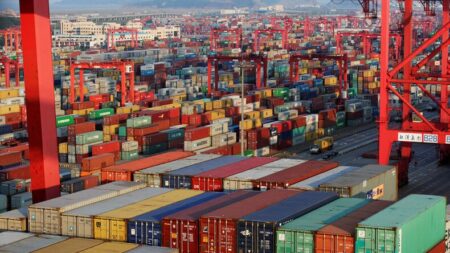 China suffered from the coronavirus pandemic during the first quarter but recovered vigorously with consumption even exceeding its level of a year ago at the end of 2020. China has not gone through severe social restrictions for a second time as has been the case in many European nations and the country’s economy is performing close to pre-covid levels.

This helped drive sales of European products, particularly in the automobile and luxury goods sectors. Chinese exports to the EU benefited from strong demand for medical equipment and electronics.

China is expected to register the second-highest growth rate globally in 2021, according to forecasts from the International Monetary Fund.

Imports from the U.S. to the EU dropped by 13.2 percent last year and exports from the EU to the U.S. dropped by 8.2 percent. In addition to the Covid-19 crisis, trade with the U.S has also been impaired by a series of feuds that have resulted in increased tariffs on steel and products such as French champagne or Harley-Davidson motorcycles.

The news comes as the EU and China seek to ratify a long-negotiated investment deal that would give European companies better access to the Chinese market.

Meanwhile, the UK has become the EU’s third-largest trading partner after leaving the single market. EU exports to the UK dropped by 13.2 percent over the past year while UK imports to the EU fell by 13.9 percent.

The latest figures show that China is set to play a greater economic role vis-a-vis the European bloc, despite both the U.S and EU clashing with China over 5G and human rights abuses in the country.