A few days ago, the entire world was shocked by the news of the Taliban taking control of Kabul, the capital of Afghanistan. The extremist Islamic group has been a familiar name in the news headlines these past few months. However, its takeover of the capital has edged the group to victory in the decades-old conflict. 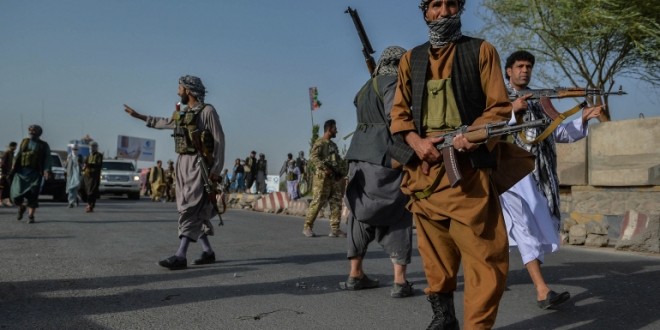 The tide seems to have turned in the Taliban’s favor ever since the United States and the United Kingdom announced the withdrawal of their troops from Afghanistan. With their current takeover of Kabul, the country’s government is on the edge of collapse with the Ashraf Ghani, the President reportedly fleeing to Tajikistan after the Taliban took over the capital. The country has also seen its military system collapse in the wake of the takeover.

However, no party is more shaken by this takeover than the civilians. The mass migration that follows this reveal is evidence of this. Reports show thousands of civilians struggling to flee the country. Some even going as far as attempting to stow away in the planes. One such case saw a US plane finding human remains of civilians trying to stow away in the wings and wheels of the aircraft. Footages have also appeared showing civilians attempting to climb moving planes in the Kabul airport to escape the country.

Some other reports reveal that about 17 people have been harmed in a stampede at the entrance of an airport. Afghan nationals and foreign residents are also camping just outside the airport’s gates. The Taliban has also deployed some of their men to be stationed at these entrances.

Boris Johnson, the UK Prime Minister, announced that the country had mobilized troops to aid the British citizens leaving Kabul. They will also aid Afghan nationals that are eligible as well.

Although the Taliban is yet to reveal what type of regime it will use in overseeing the country’s affairs; people around the world have been showing their concern for women’s rights in the country.

Reports have also revealed that the Senior Taliban Leader, Amir Khan Muttaqi, is in Kabul to negotiate with political leaders. These political leaders include the remaining Government officials like Abdullah Abdullah, the Head of the country’s negotiating council.

According to the Taliban Spokesman, Suhail Shaheen, this will be an “inclusive Afghan government.”. And this is why the aim of the negotiations is to include non-Taliban leaders in the new Government regime.
While there is still little indication of the outcome of the negotiation, it was revealed that a new government would be announced after the talks.