Now, billionaire Marc Lore has decided to take it a step forward and turn fiction into reality. How? By creating a 100% sustainable and equalitarian futuristic city: Telosa.

Notably, the former Walmart executive recently unveiled his plans to build a $400-billion city in the American desert. The mission is that it’ll host up to 5 million people in the next 5 decades.

According to the project’s official website, “the mission of Telosa is to create a more equitable and sustainable future,” and it’ll host its first residents as early as 2030.

To do so, Lore will rely on Danish architect Bjarke Ingles, CEO of Big Bjarke Ingles Group and one of the most renowned in the world.

Moreover, the company has already put together the first drafts of this desert city, which will go through 231 square miles. As for the location, it’s still yet to be seen whether it’ll be in Nevada, Utah, Idaho, Arizona, Texas, or the Appalachians. 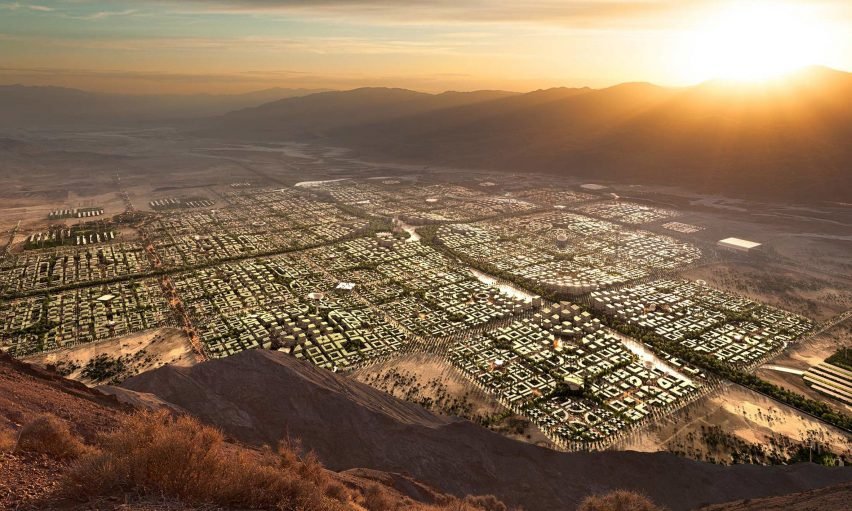 Moreover, according to the plans, Telosa will be the world’s most sustainable city:

“In addition to innovative urban design, the project also promises transparent governance and what it calls a “new model for society,” reported CNN.

A Transparent And United Society

Telosa will also have an observation tower called Equitism, which will be a symbol of the union between locals and visitors.

Marc Lore wants the city to be completely open, equalitarian and adapted to today’s lifestyles. They want to make it a top-notch tourist venue by incorporating major sports events. For that matter, the city will count on augmented reality, host concerts, luxury hotels, and world-class restaurants.

As for its residents, Telosa will count with a “transparent participative democracy“. If you want to run, you have to be someone with “strong commitment and involvement in the community.”

Notably, housing will be sustainable and affordable to include people from all backgrounds and with all kinds of budgets.