China refuses to provide WHO investigators with the vital early data...

“The chancellor sees the complete closing down of the account of an elected president as problematic,” Steffen Seibert, her chief spokesman, said at a news conference in Berlin. 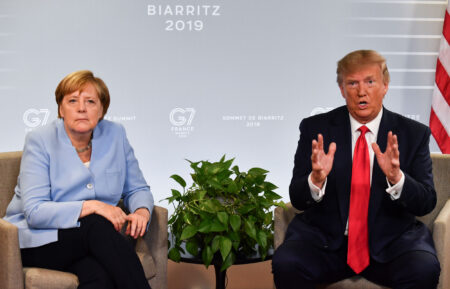 Twitter permanently suspended Trump from the social media platform on Friday, citing a “risk of further incitement of violence” in the wake of the storming of the U.S. Capitol by supporters of the outgoing president. The deadly riots last Wednesday took the lives of five American citizens.

Twitter’s move was followed by similar action from Facebook. Facebook CEO Mark Zuckerberg said Trump’s most recent posts showed he intended to use his remaining time in office to undermine a peaceful and lawful transition of power.

Although opinion polls in Germany have shown broad support among the public in Germany over the move to suspend Trump, the Chancellor remains unconvinced.

Steffen Seibert added that free speech was a “fundamental right of vital importance” that could be restricted, “but only in accordance with the laws and within a framework defined by the legislator — not by the decision of the management of social media platforms”.

Seibert said that, while Twitter was right to flag Trump’s inaccurate tweets about the 2020 U.S. election, banning his account altogether was a step too far.

The German leader’s alignment with Donald Trump on the issue has come as a surprise since the two leaders have often clashed with each other in recent years.

Merkel wasn’t the only German leader to voice concerns over the issue. Jens Zimmermann, a Social Democrat member of the German parliament also shared similar thoughts asking what the decision entails for the future of social media platforms.

“We are talking about the head of state of a democratic country. Obviously, Donald Trump isn’t very popular in Germany. Nevertheless, this could happen to somebody else who won an election,” Zimmerman told reporters.

Germany and other European countries are increasingly pushing back against the growing power of big social media companies to shape public discourse. The EU is currently in the process of setting up regulations that could give the bloc power to split up platforms if they don’t comply with rules.